Record Breaking Windows for the Books 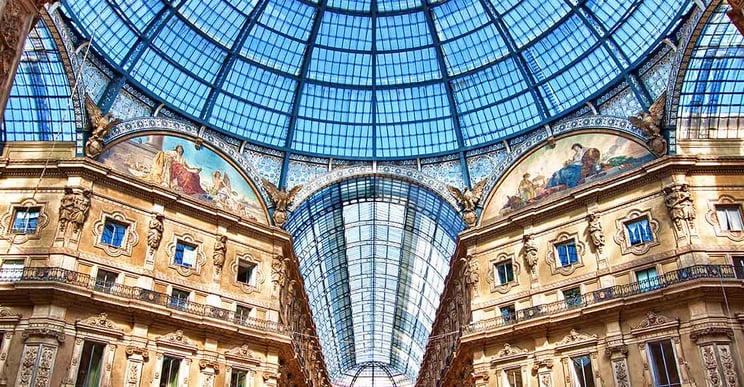 Nobody really knows for sure which bright spark was first to close an opening in a wall with a sheet of glass. Historians tell us wealthy Egyptians and Romans had them made of glass pebbles by the end of the 1st Century AD. Despite this, the British only woke up to the idea 1,600 years later.

Greased window paper was popular among American pioneers not ready to settle down. Since then, the U.S. has remained ahead of the glass curve in many ways with record breaking windows.

Record Breaking Windows Up and Down the Ages

Take the photovoltaic solar window glass Michigan State University invented. This is like a virtual solar panel that we can see through while it captures the heat from the sun. Could this be goodbye to clunky technology and hello to beautiful green? We hope they are not too expensive when they come to market, as we would love to try them out. ·

Meanwhile, the Chinese are not only causing spats over the Spratley Islands. They built a glass bridge that is also a window. This is in the sense you can look down through it. That is past your feet right down to a forest 1,300 feet below. We love our glass, but not to bits in this case. We hope the Zhangjiajie National Forest Bridge in China stands the test of time.

Rewinding back a while, early English windows were made of wood. That’s not just the frame, but the whole works. In those days, you could keep the winter cold out but lose the view. The oldest working window in England is in a thousand-year-old church in Boxford, Berkshire. Workers found it boarded over in 2010, so it seems the idea must have fallen out of fashion. 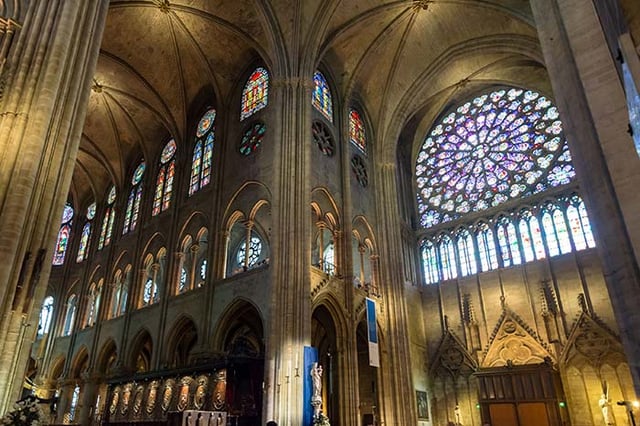 While speaking of old record breaking windows we dare not overlook the Cathedral of Notre Dame in Paris. This masterpiece of Gallic mediaeval artistry and technology is round with a diameter of 42 feet. The 85 panes of glass are high up the wall over the entrance. When the sun shines through the glass, it dapples the ancient stone walls inside in tones of blue and pink. C'est magnifique, meaning ‘it’s really magnificent’.

While these record breaking windows are a joy to behold with feet firmly on the ground, we should spare a thought for those that clean them. Some of the strangest glass buildings coming out of Dubai and China actually slope outwards, making them as tricky as climbing rocky overhangs. We are so glad our insurance forbids us from trying this. We are cooking up nightmares just thinking about it.

We also might be tempted to have bad dreams if visiting China’s Hengqin Ocean Kingdom. The aquarium window measures 130 feet wide by 27 feet tall and has whale sharks and manta rays breezing past. Picture the scene if it burst! Since they filled it with water, someone else built the larger Cube Aquarium in Chengdu. However we doubt it is a record breaking window because they made it with polymer sheets of plastic, not glass.

Back at base, our very own U.S. Department of Energy is building on the back of a breakthrough it made with the California Institute of Technology. They are refining technology for glass that is ten times tougher than steel. Their metallic glass contains palladium which allows it to bend, not snap. Before you place your order, palladium costs $845 an ounce, so you may need to save for a while. 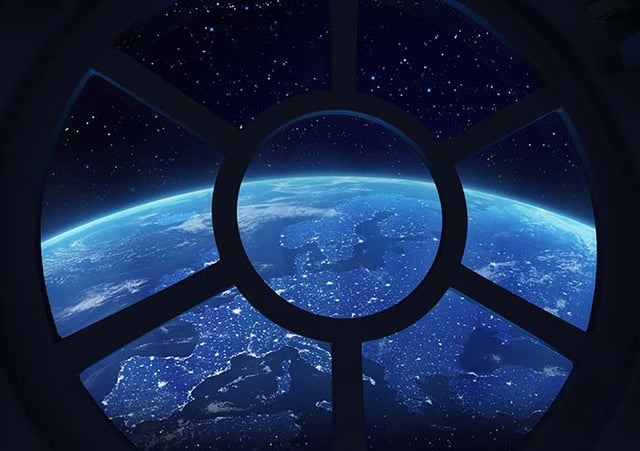 Speaking of that, we saved the most exciting of all the record breaking windows we know of, until last. These are the seven glass panes in the observation cupola of the International Space Station. This amazing lookout measures approximately 10 feet wide by three feet high, although this could be pointing downward or sideways relative to the Earth at the present moment.

Read Use of Windows Through the Ages

Our journey through time began in Rome and Egypt in the 1st Century AD, and paused a thousand years ago in an English churchyard. A few centuries later we were in Paris, then speeded up through the opening of the U.S. West, before bursting into the 21st Century.

We could have talked about the glass dome of the Galleria Milano, one of the world's oldest shopping mall, or about the fact that Buckingham Palace displays 760 windows. We kept on the technological and

We have been doing amazing things ourselves with frameless folding windows. That puts us ahead of the game compared the International Space Station with its chunky metal window frames. Although we have to admit to coveting the astronauts’ views which are quite superb.